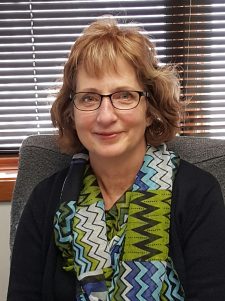 LeAnn has served as the Transit Manager for Peoplerides since 2013. She started working for Region 6 Resource Partners/Peoplerides in 2009 as the Operations Manager.   Before working in public transportation, she accrued over twenty years of experience in the freight transportation industry working for a major intermodal marketing company in various positions including administrative assistant, sales support, office manager, intermodal operations and operational auditor.

LeAnn grew up in Conrad and returned to her hometown after living in Minnesota for several years. She served 10 years on the Conrad City Council. LeAnn is currently the treasurer for the Conrad Public Library Foundation; is active in her church and sings in the Tuesday Musical Club. LeAnn and her husband, Denny, have two daughters, two sons-in-law and two grandsons.  While not at work she enjoys reading, baking, walking, golf, singing, and being with her family. 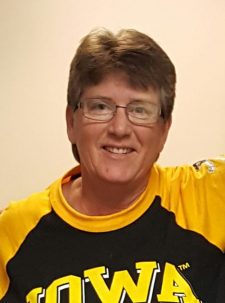 Marcia Burgess started with Peoplerides in April, 2008 as lead driver in Grinnell. In January, 2014 she took over the head dispatch and scheduling duties in Marshalltown. Before coming to Peoplerides she worked as a dental assistant in Grinnell and for Jeld-Wen and Grinnell Products. Marcia holds a Class A CDL and at one time drove a semi hauling steel and grain.

Marcia grew up in Gilman and was an avid basketball player. She lived in Grinnell for 23 years. In 2003 she moved to an acreage south of Gilman where she currently resides with her husband, Denny. Marcia’s extended family includes daughter Krista, son-in-law Cody and grandson Braxton and granddaughter Reece, along with stepson Chad, his wife Rachel and granddaughter Ruth Ann.

Marcia and Denny are the founders of the Lighthouse Opry Barn Dance and the country band Prairie Lightning. Every 3rd Saturday of the month April thru October you can sit in the beautiful countryside near Gilman and enjoy the sounds of good ole country music in a “real” barn! 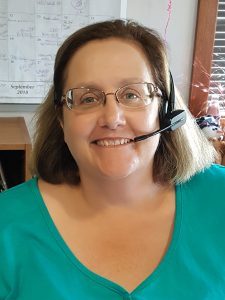 Lorinda began working for Peoplerides in September of 2018 as assistant dispatcher.  She grew up in Marshalltown and has been married to her husband Steve for 12 years.   She has two grown sons, Chase and Shawn Liam along with one grandson, Adrian.

Before coming to Peoplerides she worked for NuCara in a variety of roles including Certified Pharmacy Technician for 16 years.

In her spare time she enjoys lure coursing with her two Salukis, showing them in AKC conformation shows, watching movies, reading and generally just being together with her dogs, family and friends. 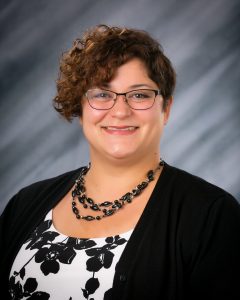 Amy began working at Peoplerides and Region 6 Resource Partners in March of 2020 as Project Assistant. Amy is learning all aspects of the public transit system, providing support to dispatch and drivers and working on Medicaid billing. On the planing side, Amy is assisting with CDBG grant administration and planning projects for the region.

Amy has a Bachelors in General Studies from Indiana University. Both Amy and her husband Kevin grew up in Indiana. The majority of her family still resides there. Amy and Kevin moved to Marshalltown about 10 years ago. Her home is comprised of 3 fur-babies and 8 feather-babies. She enjoys gardening, cooking/canning and volunteering with the community.